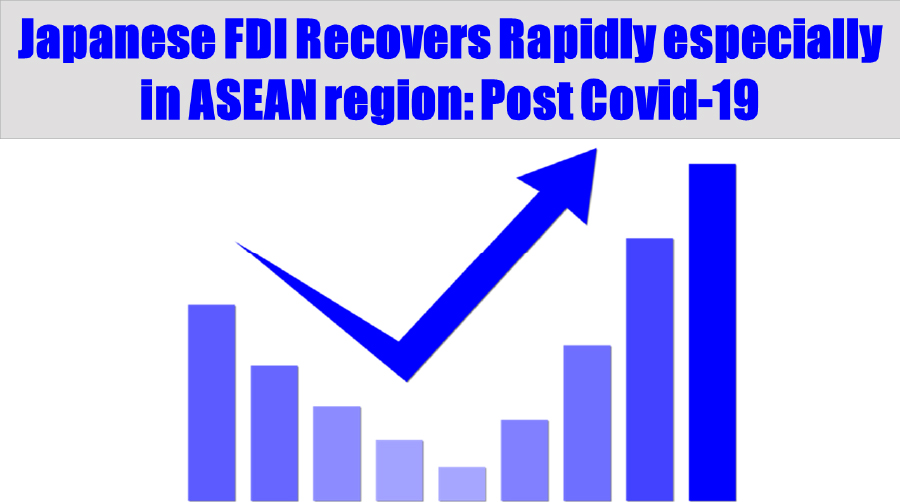 The following is an analysis of recent Japanese investment trends in Southeast Asia, based on outward direct investment statistics for 2021, released by Japan's Ministry of Finance. In the same year, Japan's direct investment in ASEAN (net and flow) grew 64.3% over the previous year to 3,190 billion yen (About US$ 24.9 billion, US$1=\128). Investment in Singapore, Vietnam, and Malaysia expanded. 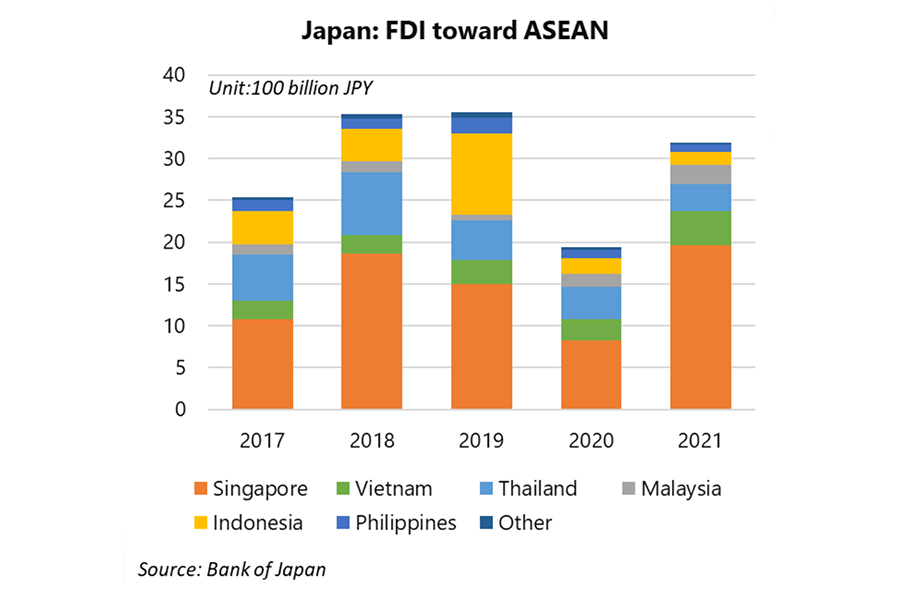 Vietnam: According to FDI approval statistics from the Foreign Investment Agency, Japan tripled its FDI approvals from the previous year to US$3,650 million, a significant expansion, ranking third after Singapore and South Korea. In terms of the number of approved investments, Japan was second, with 331 approved. Large investments were made in thermal power plant projects, corrugated paper manufacturing projects, and others.

Cambodia: According to data obtained by JETRO from the Cambodia Development Council (CDC), Japan was the fifth largest investor in Cambodia with a solid inward direct investment (on an approved basis) of approximately US$ 62 million, 8.6 times that of the previous year. Investment in business expansion in the manufacturing sector and investment in the expansion of the shopping mall stand out.

In general, there is an increase in investment by Japanese companies in ASEAN countries. Although many Japanese firms remained wait-and-see in the COVID-19, the approval statistics indicate that there are high expectations for future investment.

In many countries, the easing of immigration restrictions is progressing, and the number of Japanese business travelers visiting JETRO's offices in each country is also increasing. There is a movement to gather information in preparation for the resumption of investment. JETRO intends to introduce the attractive investment attraction programs that each ASEAN country is offering.