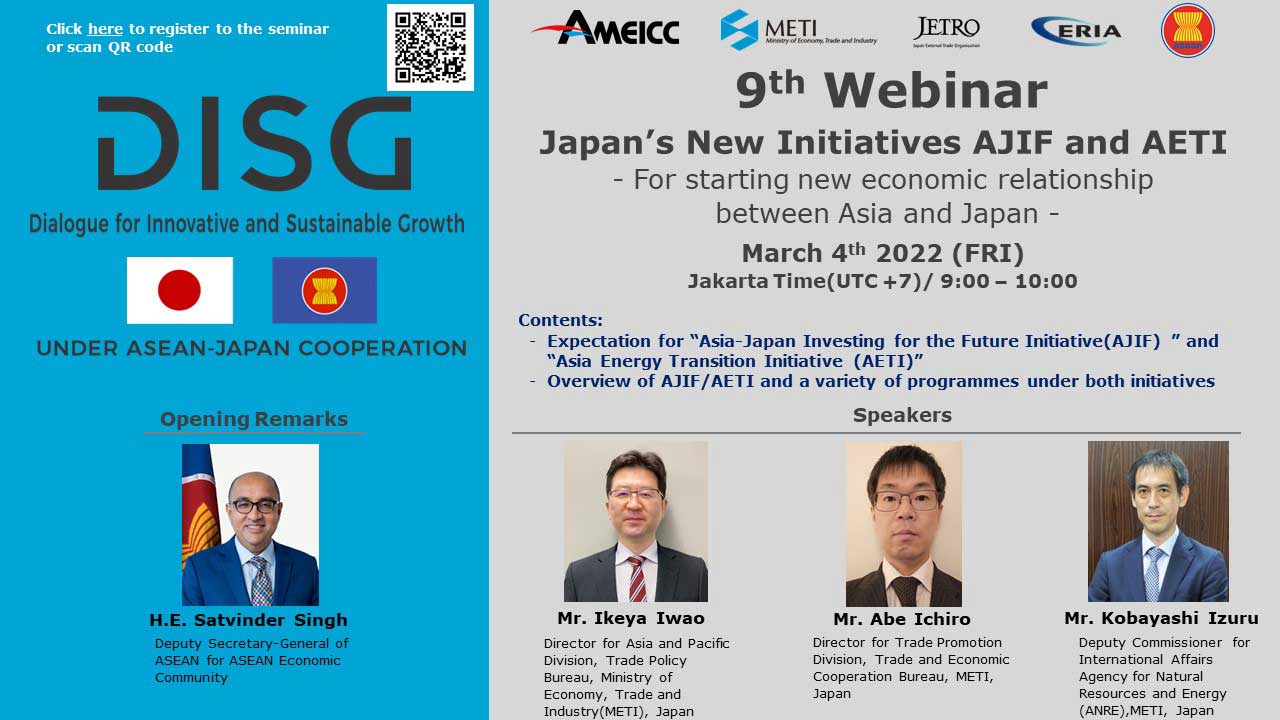 In this webinar, Japan’s two new significant initiatives for Asia region will be focused on : “Asia-Japan Investing for the Future Initiative (AJIF)” which was announced by H.E. Hagiuda Koichi, Minister of Economy, Trade and Industry of Japan in January 2022, and “Asia Energy Transition Initiative (AETI)” which was announced by former Minister H.E. Kajiyama Hiroshi in May 2021.

For opening remarks, H.E. Satvinder Singh, Deputy Secretary-General of ASEAN for ASEAN Economic Community, will talk about ASEAN-Japan relations and expectations for further strengthening cooperation between ASEAN and Japan toward the 50th Anniversary milestone in 2023.